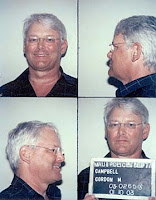 As far as the truth-challenged crowd on Victoria's, Belleville Street are concerned, the BC Government contributed a total of $925 million to hold the Olympic Games. What they conveniently omit from any public statements is that Campbell promised that the Olympic Games would never exceed a cost of $600 million. (Not that anybody believed him then either.) In any case, using just those figures, Campbell's ego party is now at a $325 million over run.

What the report touches on but does not include in the final figures is the federal costs associated with games security. Despite various reports suggesting that the final bill came in at just under $1 billion, there has been no comprehensive final accounting. In fact, you can expect the final figure for that operation to come in at well over $1 billion. (The original estimate handed to the public was $175 million.)

And then there are all those "off book" expenses which the report mentions but neatly ignores on the financial statement.

Sea to Sky highway rebuild - Estimated at $600 million, the Campbell government has never released the actual figures. There are plenty of sources who put the construction cost alone at over $1 billion. Add in 25 years of maintenance (it is a P3 project) and the cost jumps to $3.5 billion. Given the state of the S2S highway before the Olympics there is a good chance it would have had to be reconstructed anyway, but the Olympics turned it into a "hurry up" deal which added to the price. Oh yeah... no tolls. No explanation. For anyone in BC who lived on the wrong side of the Coquihalla highway, in the Fraser Valley beyond a bridge or, heaven forbid, in the provincial capital of Victoria, tolls, tariffs and exorbitant ferry fares are a continuing source of anger. Why does the hedonistic Whistler crowd get a free ride?

Canada Line rapid transit - Estimated at just under $2 billion. Would they have built it if it weren't for the Olympics? Maybe, but Campbell has been trying to download this type of thing onto local levels of government. Even if it had been built, it wouldn't have included an LRT station at the Olympic Athletes' Village. None of the cost of this system was included in the final Olympic money tally.

Then, we have some other stuff. BC Hydro said they contributed $15 million in goods and services plus $1.8 million in "customer appreciation" promotions. They also introduced a two-tier billing system which has caused most hydro bills to increase significantly.

The Insurance Corporation of British Columbia insured all VANOC vehicles and drivers at no charge to VANOC. Cost of giving away insurance? $6.2 million. The stunning part of this is that ICBC paid out claims of $2.8 million and then declared that they had made a "profit" of $3.4 million. Thanks for that. I expect to see my premiums go down. No?

BC Lottery Corporation spent $15 million. They say that it had no effect on taxpayers since they recovered all money in gaming sales. Wrong! BCLC would exist as a provincially-owned obscenity if it weren't for the return of profits to the community in the form of gaming grants. Note that the BC government has brutally slashed gaming grants to charities, arts and recreational programs across the board.

Vancouver Convention Centre - $900 million which was rushed to create a world-class media centre.

BC Place Stadium - $19 million rushed in for improvements after VANOC spent $11 million.

Making Cypress Mountain wintry - A steady stream of trucks bringing snow from Manning Park, well over two hours away, to dump on top of bales of hay which had to be imported... well, who knows? Suffice to say that a $7 bale of hay, after being touched by a fleet of helicopters, earth movers and construction crews soared to the $700 each range.

Do the math. Try not to get sick.
Posted by Dave at 14:44 Recommend this Post