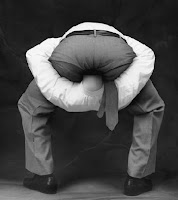 Y'know, I don't think you'll hear too many people putting up too much of an argument over the idea that the perpetrators of organized gang violence should be the subjects of stiffer sentencing.

Some might put up some reasons why it won't work and to be honest, they're worth listening to. You never really know who has a better idea - or what it is.

So, when the Conservatives put forth legislation which will make gang hits first degree murder and those convicted of drive-by shootings subject to four to 14 years in prison, the reaction of the political opposition is about where it should be:

A. They support it;
B. It's a good first step, but it's not enough.

"The truth of the matter is, those who say that the tougher penalties on perpetrators will not work don’t want them to work because they don’t believe in his kind of approach," he told reporters.

The little prick just couldn't resist, could he? That's an impetuous little pre-emptive strike from a minority government leader and it is reminiscent of:

Whereupon Bush the Younger, Harper's hero, proceeded on a path which resulted in the leader of the group which actually attacked the United States remaining at large to this day. Not to mention invading another country based on shoddily manufactured intelligence, razing it to the ground, failing to rebuild it and then shrugging when people asked why it had all gone to hell in a handbasket.

So, Steve, it must really irk that your political opposition didn't come out railing against a policy that even the (gasp!) NDP intends to support.

That's called stepping on your own dink. You must really miss your role model.