Numbers don't lie unless you don't use them 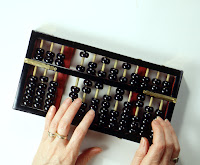 Dan Gardner figures that Stats Canada has some explaining to do regarding their January unemployment figures.

[T]he numbers are not as bad as they've been made out to be.

In one news story after another, we were told that the monthly job loss figure was worse than any in the recessions of the early 1990s or the early 1980s. This isn't just bad, we were effectively told. This is unprecendentedly bad.

But that conclusion is based on a grade-school mistake: The labour market isn't the same size today as it was in the early 1990s or early 1980s. It's bigger. A lot bigger. For the stat to tell us how bad this drop was relative to those in other recessions, it has to take that into account.

Do that and it's not the worst drop since the data were first gathered in 1976. It's the third worst.

Says who?! And where's the math?

Look Dan, I would love to agree with you here. I too believe the media is doing a pretty good job of fomenting a greater level of fear than really needs to exist. It works for them. It's the greatest disaster story since the earthquake that hasn't happened in Victoria. And we all know that disaster, shock, bad news and disaster is what big news media is all about. It's why they hate independent bloggers; we often call bullshit on their hype.

But we can't get away with that without doing the work.

And now, Dan, I point to the work. Stats Can seems to have it right. Travis has done the work. It's now up to you to demonstrate how you came to your conslusion. Because if the Ottawa Citizen wants you to be a blogger it's got to be accompanied by... you know... research and work.

Yes... we bend and we twist and we pound an oversized reaction into a small factual hole, but we do it with resource information. When we found out that the media quoted out of context, we made a deal out of putting the entire quote up. Then we employed quoting out of context to embarrass our political opponents.

This time though... Travis has you.

You're back in grade 10. Prove your work.