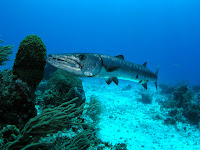 Hell, even I can't resist this. With all the personal crap flying around the pedestal of Sarah Palin we finally get something with some political history... and it ain't pretty.

The following quotes comes from Crosscut Seattle which received an email from a housewife in Anchorage who knows Sarah Palin apparently much much better than John McCain or any of his campaign staff.

What I found interesting when reading all of this was that if I had substituted the name George Bush, (The Younger), where Palin's name appears, it fits almost perfectly. Given that, and the fact that John McCain's remaining heartbeats are less than the annual output of a Ford truck plant, Palin as president gets even more unnerving.

I am a resident of Wasilla, Alaska. I have known Gov. Sarah Palin since 1992. Everyone here knows Sarah, so it is nothing special to say we are on a first-name basis. Our children have attended the same schools. Her father was my child's favorite substitute teacher. I also am on a first-name basis with her parents and mother-in-law. I attended more City Council meetings during her administration than about 99 percent of the residents of the city.

She is enormously popular; in every way she's like the most popular girl in middle school. Even men who think she is a poor choice for vice president and won't vote for her can't quit smiling when talking about her because she is a "babe."

During her mayoral administration, most of the actual work of running this small city was turned over to an administrator. She had been pushed to hire this administrator by party power-brokers after she had gotten herself into some trouble over precipitous firings, which had given rise to a recall campaign.

Sarah campaigned in Wasilla as a "fiscal conservative." During her six years as mayor, she increased general government expenditures by more than 33 percent. During those same six years, the amount of taxes collected by the city increased by 38 percent. This was during a period of low inflation (1996-2002). She reduced progressive property taxes and increased a regressive sales tax, which taxed even food. The tax cuts that she promoted benefitted large corporate property owners way more than they benefited residents.

The huge increases in tax revenue during her mayoral administration weren't enough to fund everything on her wish list, though — borrowed money was needed, too. She inherited a city with zero debt but left it with indebtedness of more than $22 million. What did Mayor Palin encourage the voters to borrow money for? Was it the infrastructure that she said she supported? The sewage treatment plant that the city lacked? Or a new library? No. $1 million for a park. $15 million-plus for construction of a multi-use sports complex, which she rushed through, on a piece of property that the city didn't even have clear title to. That was still in litigation seven years later — to the delight of the lawyers involved! The sports complex itself is a nice addition to the community but a huge money pit, not the profit-generator she claimed it would be. She also supported bonds for $5.5 million for road projects that could have been done in five to seven years without any borrowing.

While Mayor, City Hall was extensively remodeled and her office redecorated more than once.

These are small numbers, but Wasilla is a very small city.

This has a ring to it which is all too familiar.

As an oil producer, the high price of oil has created a budget surplus in Alaska. Rather than invest this surplus in technology that will make us energy independent and increase efficiency, as governor Sarah proposed distribution of this surplus to every individual in the state.

In this time of record state revenues and budget surpluses, she recommended that the state borrow/bond for road projects, even while she proposed distribution of surplus state revenue: Spend today's surplus, borrow for needs.

That seems to be a conservative trait. Give all the money away to buy votes and then quietly borrow to run government.

She's not very tolerant of divergent opinions or open to outside ideas or compromise. As mayor, she fought ideas that weren't generated by her or her staff. Ideas weren't evaluated on their merits but on the basis of who proposed them.

While Sarah was mayor of Wasilla, she tried to fire our highly respected city librarian because the librarian refused to consider removing from the library some books that Sarah wanted removed. City residents rallied to the defense of the city librarian and against Palin's attempt at out-and-out censorship, so Palin backed down and withdrew her termination letter. People who fought her attempt to oust the librarian are on her enemies list to this day.

And I suspect the writer of this email may well also be on Palin's list of enemies. But, damn, this is all sounding so familiar.

Sarah complained about the "old boy's club" when she first ran for mayor, so what did she bring Wasilla? A new set of "old boys." Palin fired most of the experienced staff she inherited. At the city and as governor, she hired or elevated new, inexperienced, obscure people, creating a staff totally dependent on her for their jobs and eternally grateful and fiercely loyal — loyal to the point of abusing their power to further her personal agenda, as she has acknowledged happened in the case of pressuring the state's top cop.

Uh huh. Hang on, this gets better.

As mayor, Sarah fired Wasilla's police chief because he "intimidated" her, she told the press.

I'm only guessing, but perhaps he demonstrated a distinct lack of fealty.

As governor, she gave the Legislature no direction and budget guidelines, then made a big grandstand display of line-item vetoing projects, calling them pork. Public outcry and further legislative action restored most of these projects — which had been vetoed simply because she was not aware of their importance — but with the unobservant she had gained a reputation as "anti-pork."

Line item vetos? Where have we heard that before? And then only to be overruled by the state legislature. Interesting. Apparently though, her lust for power goes back to her high-school basketball days.

Around Wasilla, there are people who went to high school with Sarah. They call her "Sarah Barracuda" because of her unbridled ambition and predatory ruthlessness. Before she became so powerful, very ugly stories circulated around town about shenanigans she pulled to be made point guard on the high school basketball team. When Sarah's mother-in-law, a highly respected member of the community and experienced manager, ran for mayor, Sarah refused to endorse her.

The above are excerpts from a much longer work. You really need to read the whole thing. It's worth it and instead of the personal shit swirling around the drain you get a picture of an ambitious, ruthless, no-account, small town politician who cares more about her personal advancement then the people she is sent to serve.

She's also out of her depth.

If Anne Kilkenny's email is accurate, Sarah Palin is just a female version of George W. Bush. No wonder the conservative base is so enamoured with her.