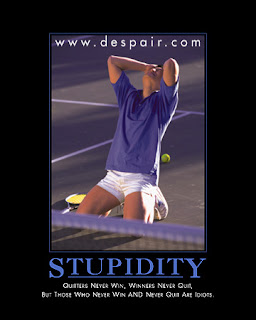 I don't know if you could pay somebody enough to suck in the entire AGW denier community this way. (Yes. They are a community. With no science to back them up, they share an ideology. The only thing different among them is the breed of pony they wish for.)

First, you get this tripe from Michael Asher:

The American Physical Society, an organization representing nearly 50,000 physicists, has reversed its stance on climate change and is now proclaiming that many of its members disbelieve in human-induced global warming. The APS is also sponsoring public debate on the validity of global warming science. The leadership of the society had previously called the evidence for global warming "incontrovertible."

The APS is opening its debate with the publication of a paper by Lord Monckton of Brenchley, which concludes that climate sensitivity -- the rate of temperature change a given amount of greenhouse gas will cause -- has been grossly overstated by IPCC modeling. A low sensitivity implies additional atmospheric CO2 will have little effect on global climate.

That's not a paper! That's some loony writing a blog. For one thing, here's the disclaimer on his so-called "paper". (The original colour of the disclaimer is maintained for flavour)

The following article has not undergone any scientific peer review. Its conclusions are in disagreement with the overwhelming opinion of the world scientific community. The Council of the American Physical Society disagrees with this article's conclusions.

We'll get back to Lord Monkton of Brenchley in a moment. 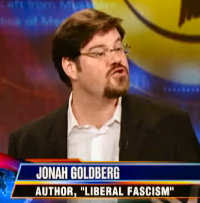 In the meantime, first out the blocks to jump all over this, (between cheeseburgers, fries and diet cola), is none other than the Doughy Pantload.

Oh... oops! Jonah didn't do enough background. But then, Jonah doesn't do background. And while he usually dances around this kind of stupid fuck-up, he was forced to admit that he actually misled his readers.... because of this from the American Physical Society.

The American Physical Society reaffirms the following position on climate change, adopted by its governing body, the APS Council, on November 18, 2007:

"Emissions of greenhouse gases from human activities are changing the atmosphere in ways that affect the Earth's climate."

An article at odds with this statement recently appeared in an online newsletter of the APS Forum on Physics and Society, one of 39 units of APS. The header of this newsletter carries the statement that "Opinions expressed are those of the authors alone and do not necessarily reflect the views of the APS or of the Forum." This newsletter is not a journal of the APS and it is not peer reviewed.

At that you'd think everyone else would notice that Jonah got his diapers pulled down and would have steered well clear of this topic.

And apparently there aren't a lot of retractions, with the exception of Goldberg's, flying around out there.

Then Gavin noticed something about Lord Monkton of Brenchley.

As if that weren’t enough, Lord Monckton is a British upper-class loony who, when not financing and publishing phony scientific papers, falsely claims to be a member of Parliament.

Of course a few bloggers north of the 49th grabbed the initial bit of Asher's nonsense and Monkton's faux-paper, but the whole thing having been dispatched by the APS as total bullshit, you know they'd retract or correct right away. Right?