Throw the bum out

Williams Lake B.C. Mayor Scott Nelson has decided that enough is enough. He has convinced the local RCMP detachment to arrest a local panhandler and wants the man banned from town for five years. I suppose with oil prices what they are, it was too expensive for the Mayor to heat up the tar to go with the feathers himself. In the linked story, the panhandler Robert Inglis is described as aggressive, and as having "problems" - a little reading between the lines in the various news stories and looking at Inglis' history (he's already been banned from nearby Prince George for two years in the hope that he would return to Williams Lake) leads one to believe that his guy, like many homeless panhandlers, needs some psychological/psychiatric help. This looks like a mental health problem, not a criminal justice problem. I'm sure he's very scary and verbally abusive and I don't doubt for a second that he is a blight on beautiful downtown Williams Lake, but this isn't the 13th century and you can't just form a mob and chase the hunchback out of the village. Inglis likely need to be committed and treated. Chasing him out of town just makes him someone else's problem.


A quick read of the Mayor's bio and some council minutes just furthers my impression that Mayor Nelson is the kind of civic-booster-chamber-of-commerce-small-businessman-big-fish-in a-small-pond that plagues local government everywhere, until their wish comes true and they get a seat in the provincial legislature or parliament where they are a plague on the province or nation. He doesn't like having bums in town and after 14 years on the council figures he's just the kind of guy to run this undesirable out of town, so he can get back to privatizing the local water system, sucking up to timber companies and "creating a positive investment climate to enhance and expand our business community. "


He certainly looks the type: 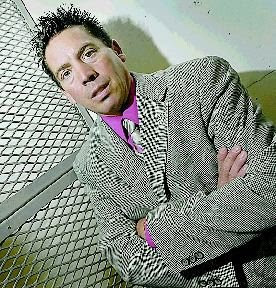 Frankly, I'd say 14 years is long enough and the people of Williams Lake out to follow the mayor's advice and throw the authoritarian, babbling bourgeois Babbittish bum out