Oops! Maybe you'll have to rethink that one 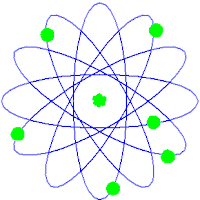 You may recall that certain proponents of the nuclear industry have been promoting nuclear power generation as a definitive alternative to CO2 belching coal-fired and petroleum-burning electrical generating plants.

That may require a trip back to the old drawing board, however, since global warming may actually shut down some of those nuclear power plants.

Nuclear reactors across the South could be forced to throttle back or shut down temporarily this year because drought is drying up the rivers and lakes that supply power plants with the cooling water they need to operate.

Utility officials say these shutdowns probably wouldn't result in blackouts. But they could lead to higher electricity bills. Last summer, there was one brief, drought-related shutdown at a reactor in Alabama.

Who would have thought that you actually had to cool the damn things?

An Associated Press analysis of the nation's 104 nuclear reactors found 24 are in areas experiencing the most severe levels of drought.

All but two are on the shores of lakes and rivers and rely on submerged intake pipes to draw billions of gallons of water for cooling and condensing steam after it has turned the plants' turbines.

Because of the yearlong dry spell in the South, water levels on those lakes and rivers are getting close to the minimums set by the Nuclear Regulatory Commission.

You know, the US Nuclear Regulatory Commission needs an economist. Not a practicing economist, but one who knows everything about everything.

Because some economists are actually nuclear experts.