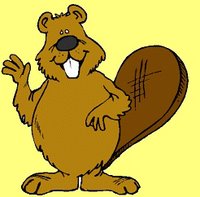 So, the annual campaign in the bogus War on Christmas has ended once again and, as usual, the high ground was captured by the forces of non-theistic, anti-superstitious good. Bill O'Reilly, the religious right's rabid mouthpiece, has lost. No matter how hard he tried or how loud he yelled, Santa Claus did not appear to him. Perhaps O'Reilly is just too stupid to figure it out.

This season for me involved driving several hundred miles in each direction over wintry mountain roads to visit a scattered family. The highlight was being in the company of a 2 1/2 year old as he soaked up the effect of the gathering clan. While the holiday was something of a novelty, he quickly adapted to the idea that there were presents which required unwrapping, toys with which he needed to play and goodies which needed eating. Santa Claus remains something of a mystery, but clearly anyone who arrives on a firetruck at the local community Christmas party, departed having made a positive impression. The idea that he now had his own small wheeled vehicles and a flexible track on which to operate them (complete with a supply of AA batteries) added even further to the day.

The terms Merry Christmas and Happy Holidays had no meaning for him, yet you could see a sense of excitement and pleasure surrounding this day. He was having a blast. As time goes on he will look forward to Christmas with anticipation, as many kids do. With luck, he will forge good memories of this time of year and perhaps look back on them with nostalgia. That is what Christmas time is actually about for a lot of us. A look back at a time when we were kids. A day when family, feasting and festivity took priority. As adults, we capture that through the kids in our lives. Otherwise, we look back at our time and try to remember the good times while forcing other times into the deep recesses of our memory.

And that's where O'Reilly lost the battle. He wants Christmas to be what it was when he was six years old. He doesn't give a tinker's damn about his supposed saviour, nor about the meanings of the greetings or the words used to describe the event. He just wants Christmas to be what it is in A Christmas Story by Jean Shepherd. What O'Reilly is too dense to figure out is that the story is about kids at Christmas yet it makes no mention of Christian observances.

Personally, I thought a laughing, smiling 2 1/2 year old captured the moment when we walked up the steps and he announced, "HI! I have snot on my face!" A cold will do that to you, at Christmas or Festivus or whatever one makes of this time of year.
Posted by Dave at 09:16 Recommend this Post