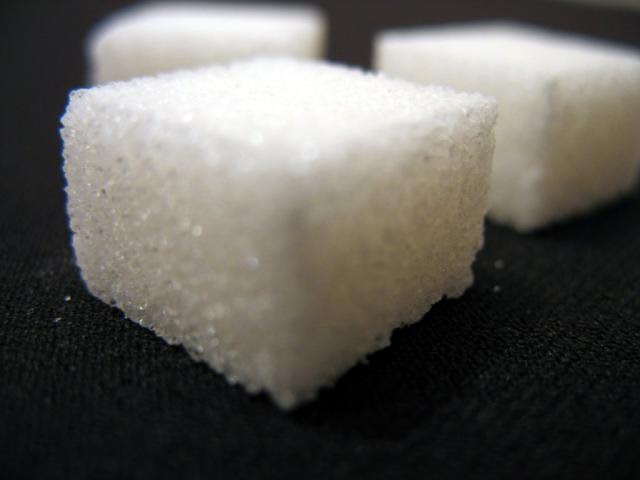 THE TIMES LITERARY SUPPLEMENT has an interesting review by Bee Wilson of "SUGAR A bittersweet history" by Elizabeth Abbott. It details the sad history from its beginnings to today's industry.

Starting in 1791, Toussaint L’Ouverture led a successful slave revolt against French rule in Saint-Domingue, the French colony which at that time produced 40 per cent of the world’s sugar; the result was the independent state of Haiti, which seemed to promise a new life for its inhabitants.

Today, hundreds of thousands of black Haitians work the cane fields of the Dominican Republic in conditions not unlike those suffered by their ancestors before Toussaint’s revolt. Abbott travels to the Dominican Republic, where she finds that Haitian workers – some of them adolescents, most illegal immigrants – are not supplied with arm or shin guards “and their flesh bears the scars and gouges of their dangerous profession”. Their pay is US$1.20 per ton of sugar and they live “in shared shanties without water, toilets, or cooking facilities”. She hints at similar injustice in sugar production in El Salvador and Brazil and writes too of how sugar cane has trashed the environment, causing, according to the World Wildlife Fund, “a greater loss of biodiversity on the planet than any other single crop, due to its destruction of habitat to make way for plantations, its intensive use of water for irrigation, its heavy use of agricultural chemicals and the polluted waste-water that is routinely discharged during the sugar production process”.

The sweet-toothed among us would like to hear whether a life spent in those high lonely grasses of the cane fields has ever been bearable; whether our cravings for muscovado and demerara can ever be justified; or whether we should all switch to maple syrup, tapped by happy Canadians.

Email ThisBlogThis!Share to TwitterShare to FacebookShare to Pinterest
Labels: sugar