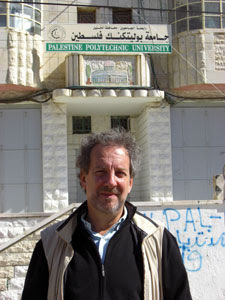 EDGE IS A WONDERFUL COMPENDIUM of scientific pondering from A-Z. One of its contributors, Scott Atran, presented a statement before the Senate Armed Services Subcommittee on Emerging Threats & Capabilities last month, "Pathways To and From Violent Extremism: the Case for Science-based Field Research". Scott has some cogent observations, worthy of your perusal. Here are some of them, but I recommend visiting the Edge page:

• The main security concern no longer comes from any organization, or from well-trained cadres of volunteers who typically had some advanced education, often in engineering and medical studies. The threat today is from a Qaeda –inspired viral social and political movement that abuses religion in the name of defending a purist form Sunni Islam, and which is particularly contagious among Muslim youth who are increasingly marginalized — economically, socially, politically — and are in transition stages in their lives, such as immigrants, students, and those in search of friends, mates and jobs.

• Economic globalization, which has led to greater access by humankind to material opportunity, has also led to a crisis, even collapse, of cultures, as people unmoored from millennial traditions flail about in search of a social identity. Today's most virulent terrorism is rooted in rootlessness and restlessness. This gives an opening for embrace by the radical fraternity that preaches the jihadi cause, whose oxygen is the publicity provided by global media. The Qaeda movement is largely a diaspora phenomenon of people who enlist, rather than are recruited, outside their country of origin.

• The widespread notion of a "clash of civilizations" along traditional historical "fault lines" is woefully misleading. Violent extremism represents a crash of traditional territorial cultures, not their resurgence. Individuals now mostly radicalize horizontally with their peers, rather than vertically through institutional leaders or organizational hierarchies. They do so mostly in small groups of friends — from the same neighborhood or social network — or even as loners who find common cause with a virtual internet community.

• Entry into the jihadi brotherhood is from the bottom up: from alienated and marginalized youth seeking out companionship, esteem, and meaning, but also the thrill of action, sense of empowerment, and glory in fighting the world's most powerful nation and army. In an ongoing study for the Army, my colleague Marc Sageman finds that popular jihadi Internet Imams, like Anwar al-Awlaki, are important not because they brainwash, command, or even guide others to actions and targets. Rather, popular radical Imams serve as "attractors" whose message and presence draws into line a searching soul who has already pretty much chosen his own path. Maj. Hassan, for example, sent over a score of email messages to Awlaki but received only two back, with no operational implications.

Email ThisBlogThis!Share to TwitterShare to FacebookShare to Pinterest
Labels: jihad