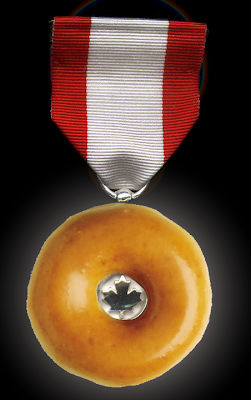 ACCORDING TO WIRED, the dispensers of double-double may be eligible for medals of some kind or other. In an article by Nathan Hodge, "A Medal for Canada’s Frontline Donut-Vendors?",

Tim Hortons (”Always fresh/Toujours frais”) is a Canadian institution: This coffee-and-doughnuts chain occupies a cultural space that’s up there with Molson, poutine or The Kids in the Hall. And now employees of Tim Hortons may be eligible for war medals, courtesy of an overhaul of the rules for Canadian civilians who work in war zones.

According to CanWest news service, Canada’s Department of National Defence has clarified the rules for how it recognizes overseas service. The changes, the news service states, “will include the controversial decision to allow Tim Hortons employees at Kandahar Airfield to receive medals from the Afghan war.” 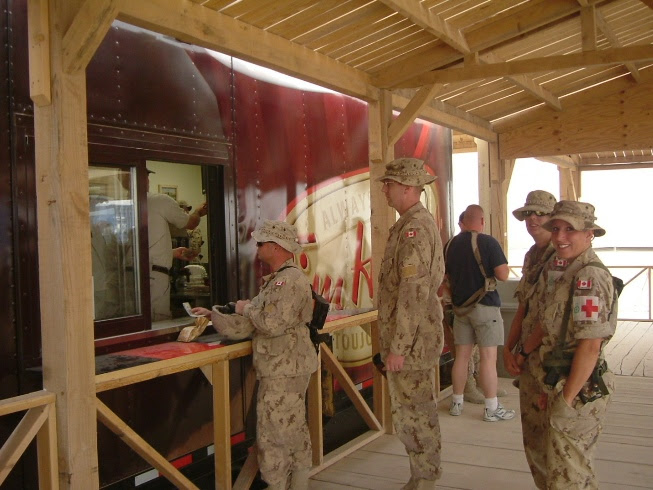