FABIUS MAXIMUS has an eponymous web site which is probably one of the best sources of real-world objectivity about world affairs. Some of you already know of ol' Fabe, but if you don't, do go visit.  This weekend's post is "Is Iran dangerous, or a paper tiger?", a reprise with updates, of a 2007 posting. In it, he refers to a series of articles by somebody named Spengler, who writes for the Asia Times.

Wars are won by destroying the enemy's will to fight. A nation is never really beaten until it sells its women.

The French sold their women to the German occupiers in 1940, and the Germans and Japanese sold their women to the Americans after World War II. The women of the former Soviet Union are still selling themselves in huge numbers. Hundreds of thousands of female Ukrainian "tourists" entered Germany after the then-foreign minister Joschka Fischer loosened visa standards in 1999. That helps explain why Ukraine has the world's fastest rate of population decline. On a smaller scale, trafficking in Iranian women explains Iran's predicament.

To understand Iranian politics, cherchez les femmes: the fate of Iranian women sheds light on the eccentricity of President Mahmud Ahmadinejad. By Spengler's Universal Law of Gender Parity, the men and women of every place and every time deserve each other. A corollary to this universal law states that the battered Iranian whore is the alter ego of the swaggering Iranian jihadi.

In the interest of balanced reporting, I cite the history of Jewish prostitution before delving into the Persian example. The Jews have lived long enough to be defeated more often than any other people. After Spain expelled them in 1492, the Jews sold their women so widely that the character of the Jewish prostitute figured prominently in 16th-century literature, notably in one of the earliest novels, La Lozana Andaluza (1528), a story of refugee Spanish-Jewish whores in Rome. After Russian pogroms drove Jews out of the Pale of Settlement in the late 19th century, Jewish women became the raw material of the white-slave traffic, supplying Argentina as well as Western Europe. [1] Jewish prostitutes are almost unknown today, a measure of the revival of the Jewish nation.

These distasteful facts bear directly upon Iran's national decline, and the impulses that push the Iranian leadership toward strategic flight forward. Iran's plunging birth rate, I observed in essays past, will burden the country with an elderly population proportionately as large as Western Europe's within a generation, just at the point at which this impoverished country will have ceased to export oil. By 2030, Iranian society will collapse. 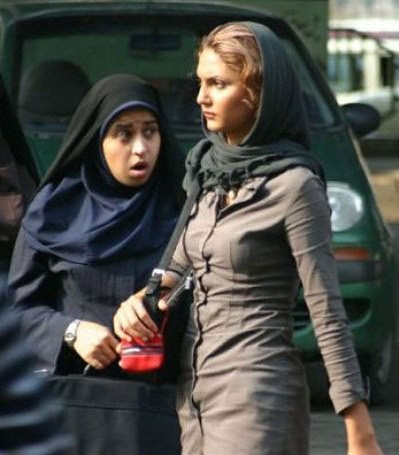 Apostates from Islam have been executed for 1400 years in accord with the Koran and the words and actions of the Islamic prophet Mohammed and Islamic law, Sharia.