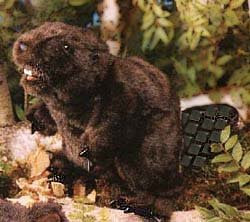 Which promise will be broken next? You could win big prizes!

There are places where a random event is used to sell tickets to a charity raffle. For instance: a cow is put into in a field that's marked with a grid -- which square will get the first cow pie? Or, an old car or ice-fishing shack is put on a frozen lake or river -- what day will it fall through?

Harper has shown us that for him, breaking promises and trampling cherished policy goals is a chosen strategy, not just a regrettable necessity. After a snap election, a prorogue, a new Supreme Court justice and a Solstice Senate sent marching on their way, it's not a coincidence any more -- it's a way of life.

So for Step One of the New Year Tim-berrrrr! Broken Promise Contest, is to list as many of Harper's promises and cherished policy goals as possible.

Step Two, once the list is complete I will post it as a new post, and we can each lay claim to one or more of these. The winner is the first to have their one promise (or BOTH of two, ALL THREE of three, and so on) broken before June 21 (a solstice-to-solstice contest.)

The prize will be a lovely plush beaver, bearing in his teeth an authentic beaver-chewed branch. You could win this classy Canadian prize, so let's get going.

Noni
Posted by Noni Mausa at 07:14 Recommend this Post