Feeding the hand that bites you 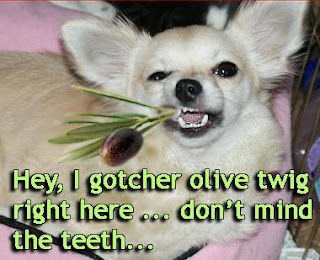 So, after the rebellion of les autres last week, suddenly PM Harper is extending an olive branch, asking to work together with the Liberals (so soon?)

Frankly, after the past five years of becoming acquainted with Harper's modus operandi, if I were a Grit, I would be hesitant, at least without special gloves and a sleepy-dart marksman standing by.
Posted by Noni Mausa at 15:03 Recommend this Post