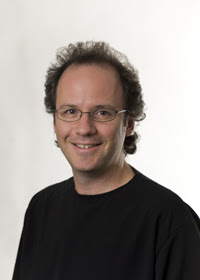 Months of public debate over the future of Canadian copyright law were quietly decided earlier this week, when sources say the Prime Minister's Office reached a verdict over the direction of the next copyright bill. The PMO was forced to make the call after Canadian Heritage Minister James Moore and Industry Minister Tony Clement were unable to reach consensus on the broad framework of a new bill. As I reported last week, Moore has argued for a virtual repeat of Bill C-61, with strong digital locks provisions similar to those found in the U.S. Digital Millennium Copyright Act and a rejection of a flexible fair dealing approach.

First, the bill represents a stunning reversal from the government's seeming shift away from C-61 and its commitment to a bill based on the national copyright consultation. Instead, the consultation appears to have been little more than theatre, with the PMO and Moore choosing to dismiss public opinion. Second, after adopting distinctly pro-consumer positions on other issues, Moore has abandoned that approach with support for what may become the most anti-consumer copyright bill in Canadian history. Third, the bill will immediately impact the Canadian position at the ACTA and CETA negotiations, where the bill's provisions on anti-circumvention and ISP liability will effectively become the Canadian delegation position.

For those wondering what can be done, my only answer is to speak out now. Write a paper letter to your Member of Parliament and send copies to the Prime Minister, Moore, Clement and Liberal leader Michael Ignatieff. No stamp is required - be sure to include your home address and send it to the House of Commons, Ottawa, ON, K1A 0A6. Once that is done, join the Facebook group and the Facebook page and be sure to ask others do the same. You may spoken out before, but your voice is needed yet again.

What a can of worms.