LOCUS reports that Frank Frazetta has died. If you're over 40, or if you're a sword-and-sorcery/SF fan, you've seen lots of his stuff. Frank inspired a whole wave of artists.

Artist Frank Frazetta, 82, died May 10, 2009 of a stroke in a hospital near Boca Grande FL. Frazetta is best known for his iconic illustrations for the works of Robert E. Howard — especially Conan the Barbarian — and Edgar Rice Burroughs, and was a towering figure in the SF/fantasy art field. 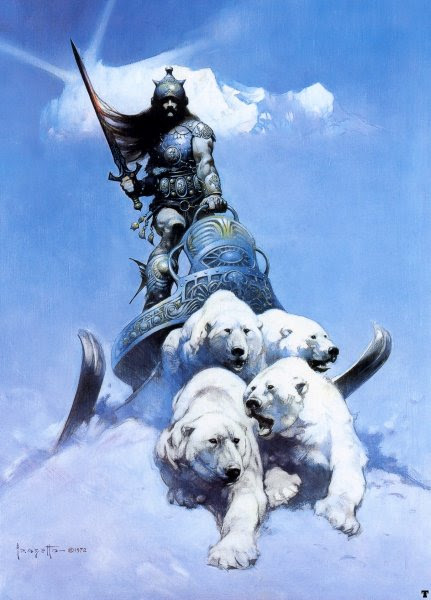 io9 has a nice gallery of Frank's oeuvres and a link to more of 'em. Of Frank, they graciously added:

Frazetta's art defiined "larger than life" and "epic" for generations of science fiction and fantasy fans, and it will live on in the genre he gave so much to.

Thank-you, Frank, for all the wonder.