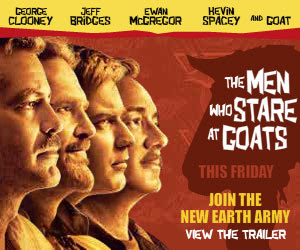 WIRED'S DANGER ROOM covers all sorts of stuff that is of interest to those of us concerned about security. David Hambling has a very interesting report titled "Inside the Army’s Far-Out Acid Tests" that almost defies belief, if you aren't already acquainted with programs like MK Ultra.

The CIA sure jumped in with both feet: apparently, they acquired some forty pounds of LSD — a couple of hundred million doses.

Who knows where the massive supply went? Certainly the CIA had something of an obsession with LSD, at one point believing it was an effective truth drug. In the infamous Operation Midnight Climax, unwitting clients at CIA brothels in New York and San Francisco were slipped LSD and then monitored through one-way mirrors to see how they reacted. They even killed an elephant with LSD. Colleagues were also considered fair game for secret testing, to the point where a memo was issued instructing that the punch bowls at office Christmas parties were not to be spiked.

Anyway, worth the read, with all sorts of entertaining links.  Wiki's LSD entry has interesting background, too.

LSD (d-lysergic acid diethylamide), commonly called "acid," is the most powerful known hallucinogen - a drug that radically changes a person's mental state by distorting the perception of reality to the point where, at high doses, hallucinations occur. Even in very minute doses 0.05g LSD can significantly alter one's perceptions to the point of hallucination. Although it is derived from a fungus that grows on rye and other grains, LSD is semi-synthetic and has to be chemically manufactured in illicit laboratories.

Pure LSD is a white, odorless crystalline powder that dissolves in water. Because an effective dose of the pure drug is almost invisible, it is mixed with other substances, such as sugar, and packaged in capsules, tablets, or solutions, or spotted on to gelatin sheets or most commonly on pieces of blotting paper.

LSD is ingested orally. A microdot tablet or square of the perforated LSD paper is placed in the user's mouth, chewed or swallowed. Paper squares are most common because their small size makes them easy to conceal and ingest. Also, because LSD is not injected or smoked, paraphernalia are not required.