Outsourcing to the max 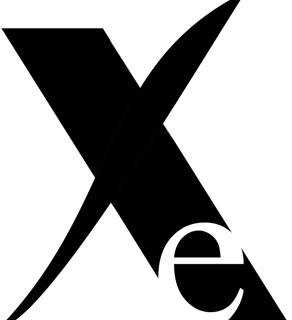 THE COMPANY FORMERLY KNOWN AS BLACKWATER, now with a suitably inscrutable moniker of Xe, seems to be a major player in the campaign against the jihaddis in Pakistan. According to Jeremy Scahill's article in The Nation,

At a covert forward operating base run by the US Joint Special Operations Command (JSOC) in the Pakistani port city of Karachi, members of an elite division of Blackwater are at the center of a secret program in which they plan targeted assassinations of suspected Taliban and Al Qaeda operatives, "snatch and grabs" of high-value targets and other sensitive action inside and outside Pakistan, an investigation by The Nation has found. The Blackwater operatives also assist in gathering intelligence and help direct a secret US military drone bombing campaign that runs parallel to the well-documented CIA predator strikes, according to a well-placed source within the US military intelligence apparatus.

"It wouldn't surprise me because we've outsourced nearly everything," said Col. Lawrence Wilkerson, who served as Secretary of State Colin Powell's chief of staff from 2002 to 2005, when told of Blackwater's role in Pakistan.

I'm probably mistaken, but to this old fart, it appears to me that using mercenaries is a sure sign of decadent imperialism. Countries have to look after their perceived interests, but Xe smacks of cynicism and decadence. If you'd like a précis, ol' FABIUS MAXIMUS has a list of salient points about the above. Also, if you haven't seen it, do rent a copy of "War, Inc.", a black comedy about America's first totally out-sourced war. Love the hot sauce.

But, if you need to train an army or rent one, Xe sure can help. Their site proclaims:

Xe has the ability to develop, test, and manufacture weapons and armor. With some of the most qualified firearm specialists in the world, we are able to gather input from experienced professionals for design of high quality weapons and armor. Our team’s extensive backgrounds in military and law enforcement gives us access to the information we need to produce the best armor and weapons for our customers.

A ready supply of clothing, protective gear, weapons, and life support needs is located at our Headquarters. This entire stock of equipment is managed by Xe's logistics and procurement division and securely supervised in a designated warehouse. All personnel are properly outfitted for the requirements of the contract before departing the United States for work overseas. Our personnel are properly prepared to meet the needs of its customers.