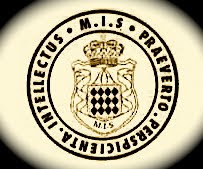 THERE'S THIS CHAP ERINGER, Robert Eringer, who has some interesting tales to tell about his time, starting in 2002, as the spymaster for Prince Albert of Monaco.

Eringer’s brief was simple, if complex in its execution: To ensure the Prince would be well informed not only during his extensive foreign travels but also about the foreigners, residents and native Monegasques who surrounded him at home.

His mission statement: 1) to investigate individuals and entities about whom the Prince voiced concern. 2) To keep the Prince apprised of information, which, as his eyes and ears, would come to his attention. 3) To create liaison partnerships with the intelligence services of select countries--with a view to soliciting expert briefings and advice.

Well, for a number of reasons, the wheels fell off. Eringer wound up suing the Prince, and won. An excerpt:

That evening, the Prince and his spymaster dined in the private room of a Spanish restaurant in downtown Washington.

Much to the dismay of CIA, Prince Albert permitted two of his buddies to attend the dinner meeting. Later, when the agency ran checks, they were horrified to discover that one of the Prince’s friends had spent a year in prison for his role as bagman to Maryland’s corrupt governor, Marvin Mandel.

The Prince departed with his two chums early, at ten o’clock, so he could visit a striptease-club in Baltimore owned by his ex-con friend.

Eringer remained behind to cement liaison relationships with both special services.

Anyway, it's an interesting read. When you visit his site, be sure to go to "older posts", because he has published excerpts (titled "Spy Lord") from a series of interviews with former KGB Chairman Vladimir Kryuchkov. A Vlad kind of guy.