Because that's what they do... 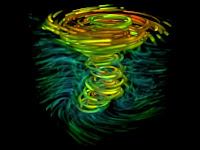 This I believe. I'm not surprized in the slightest. It will underscore the point made earlier by many that the Chief of Defence Staff of the day was aware that the prisoner transfer agreement he had entered into was, shall we say, seriously flawed.

It will also cause the monosynaptic whipheads at the Blogging Tories to start squawking, "The Liberals did it, too!" Which is non sequitur to the current issue facing the Harperites.

This is closer to the issue. The Harperites developing a plan, not to correct the situation on the ground and guarantee that government direction did not place troops and diplomats in a condition which might violate international law, but to develop a single story and "stick to it".

That's not to say that a new MOU hadn't been signed by then. It had been. Just days before, in fact. So, you might ask, how long some group of frat-boys spent putting together a power point presentation intended for a cabinet meeting where they would all agree on a single velocity of spin?

But, I think there is a larger point being missed. At some stage a decision was made and direction issued that any prisoners or detainees taken in the field by Canadians were "technically" not in Canadian custody because patrols were accompanied by at least one member of the Afghan National Army or the Afghan NDS. Captives were "technically" the responsibility of the Afghans present and never "technically" passed through Canadian points of responsibility. Thus, it was Afghans turning captives over to Afghans, despite Canadian presence, and there was no requirement to monitor the detainee - at all.

I'm sure some genius will eventually work out the harm and foul of Canadians being ordered not to involve themselves, even if a capture was the result of a Canadian action. Eventually.
Posted by Dave at 06:51 Recommend this Post