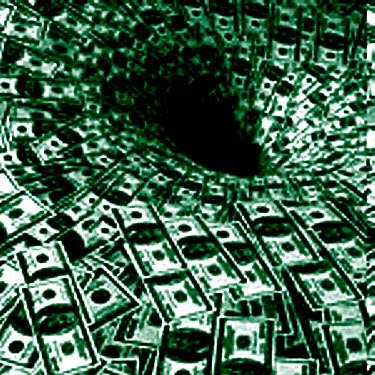 THE DAILY RECKONING is a fine source of level-headed thinking about things financial. At least, that's my opinion, as a Canadian Securities Course graduate. Anyway, they've got an article by Rocky Vega, titled "Financial Armageddon Could be Coming to a County Near You". It's about the state of things in Jefferson County in Alabama. Apparently, things are rather pear-shaped.

Jefferson County in Alabama is now on track to potentially become the largest municipal bankruptcy filing since Orange County, California, lost $1.6 billion on derivatives in 1994. All it’s taken is a swashbuckling local politician, some synthetic bond derivatives served up piping hot from JP Morgan Chase, and a few aggressive and short-sighted bets.

As a result of the failed bond scheme, Jefferson County is left saddled with debt, had an occupational tax that generated 25 percent of the county’s revenue struck down, had roughly 1,000 county employees furloughed, and has a local politician in court-issued leg irons.

“People want to kill somebody,
but they don’t know who to shoot at,”