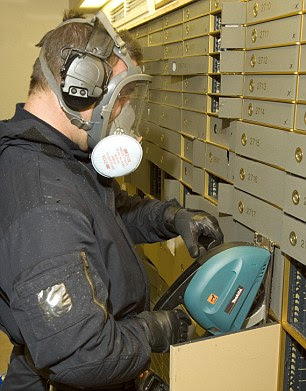 Operation Rize: An officer uses an angle grinder
to open lockers containing safety-deposit boxes
THE DAILY MAIL has a very disturbing report by Adrian Levy and Cathy Scott-Clark about a police raid last Summer.  Wow. Where things get crunchy is that a lot of innocent people had to prove they had legal ownership of their box's contents, and when it was all done, some people claimed the fuzz had "appropriated" some missing goodies. Check it out.

The raid that rocked the Met: Why gun and drugs op on 6,717 safety deposit boxes could cost taxpayer a fortune

More than 500 officers smashed their way into thousands of safety-deposit boxes to retrieve guns, drugs and millions of pounds of criminal assets. At least, that's what was supposed to happen. 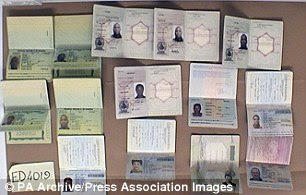