Owelympics - Going for the gold in gagging 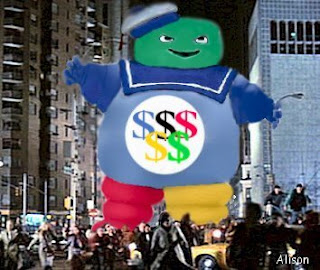 A four day old story at CBC about Gordo's latest attempt to stifle Owelympic protest has garnered over 900 comments and counting.
.
Can't say I'm seeing much support over there for BC legislation enabling Vancouver, Richmond, and Whistler to pass laws enabling municipal workers to enter your home without your consent and confiscate signs they consider to be insufficiently celebratory as long as they leave you a little note 24 hours ahead of time first. The possible $10,000-a-day fine and 6 month jail term - also not too popular.
.
Yeah, I know the gov said the bill is really aimed at businesses who might use the games logo without having paid for the rights. That would certainly account for that separate section just on removing unauthorized graffiti from your home.

"City officials have said the law is intended to clamp down on so-called ambush marketing, and it includes an exception for celebratory signs, which are defined as those that celebrate the 2010 Winter Games and create or add to the festive atmosphere."

I don't know about you but I'm definitely starting to feel pretty fucking festive.
Maybe it's because two of the RCMP who presided over the death of Robert Dziekanski two years ago were reassigned to Owelympic detail, or the fact that they will be joined by 4,500 Canadian military troops - twice the number Canada has in Afghanistan, or perhaps it's just the participation of US military forces in what has ballooned into a $1-billion security price tag to bully dissenters and the homeless, but I'm thinking one way we could celebrate is to send a festive little note along to the official Owelympic sponsors : Visa, Royal Bank, Coca Cola, General Electric -partner to Plutonic Power in BC ruin-of-river projects, and Epcor - the water privatization people.
.
If you're not sure what to say - well, there's lots of material in those CBC comments.
Posted by Alison at 06:52 Recommend this Post