CSIS DIRECTOR RICHARD FADDEN isn't happy with you and me. He feels like Rodney Dangerfield — just can't get no respect.

According to Ian Macleod of the OTTAWA CITIZEN, Ricky believes

"Almost any attempt to fight terrorism by the government is portrayed as an overreaction or an assault on liberty. It is a peculiar position, given that terrorism is the ultimate attack on liberties. If terrorists believe in anything, it is nihilism and death, and they are equal opportunity oppressors."

Ricky is really peeved we're not with the program:

A Federal Court this month killed the government's case against the Montreal man after government lawyers refused to reveal their detailed evidence against him, citing national security concerns.

The disclosure demand, "pushed us beyond what we could accept," explained Fadden.

"We were faced with a dilemma: to disclose information that would have given would-be terrorists a virtual road map to our tradecraft and sources; or to withdraw that information from the case, causing a security certificate to collapse.

"We chose the path that would cause the least long-term damage to Canada and withdrew the information. We did this because an intelligence agency that cannot protect its sources and tradecraft cannot be credible or effective."

Ricky is concerned about about CSIS "sources" — and get this — CSIS "tradecraft". Yes, folks, that's right, tradecraft. You know, like holding back polygraph results, and handing over people of interest to the CIA and the Syrians or whoever for "care and handling".

I wonder what Bill Stephenson, aka "Intrepid" would think about all this hoo-ha. Ricky, you got some 'splainin' to do. 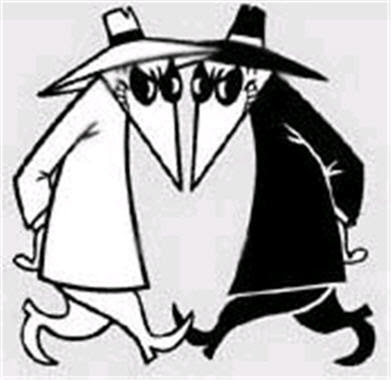