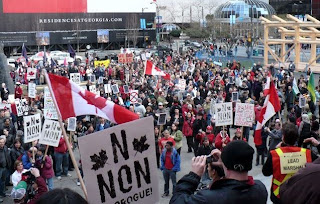 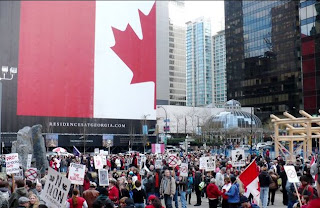 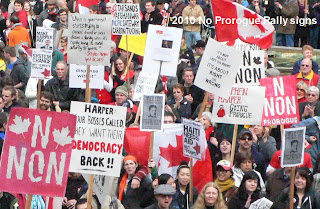 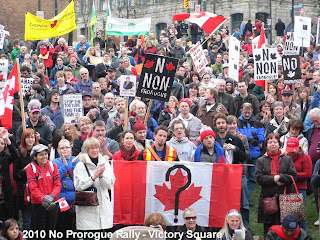 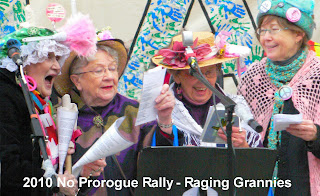 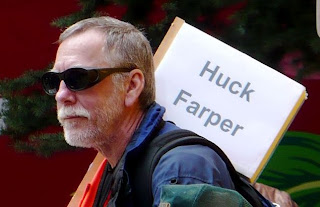 Pix from me and West End Bob -click 'em to enlarge
.
Canwest : Thousands turn out for Vancouver rally to protest PM Harper's decision to prorogue Parliament.
"Thousands", says Canwest, with 25,000 nation-wide.
.
Look at all those handmade signs!
Very upbeat mood throughout, passing cars honking their support, people cheering us on out of office windows. Felt great to be out on the street with Canadians who give a damn.
Notable that of the speeches given at Victory Square, the loudest and most sustained applause greeted Fair Vote Canada Shoni Field's call for electoral reform.
.
Many thanks to University of Alberta grad student Christopher White who started the whole thing rolling with just a page on facebook, now numbering over 213,000.
And to all those talking heads who assured us nightly on the snews that Canadians could care less that a single MP who happens to be the PM dismissed parliament via one phone call to the GG - you helped more than you know.
All in all a great day for democracy in Canada.
Posted by Alison at 04:56 Recommend this Post

Email ThisBlogThis!Share to TwitterShare to FacebookShare to Pinterest
Labels: Canadians Against Proroguing Parliament, No Prorogue, protest