THE WAR ON WOMEN continues in the Middle East, and according to Roya Hakakian's article in the Washington Post, "How blaming the West hides a war on women", it developed to a fine art in Iran and has institutionalized misogyny in the Islamic fundies, and has put a killing frost in the Arab Spring. 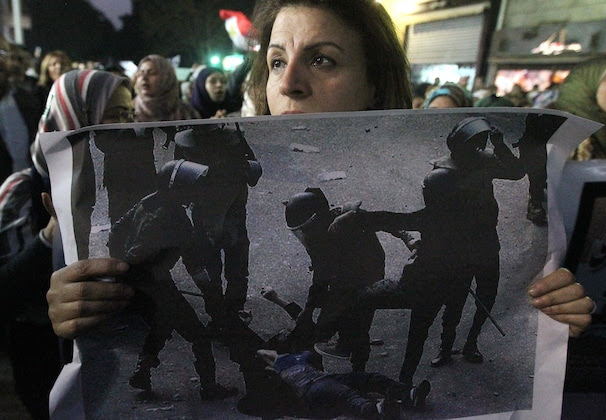 The world cringed and turned away from Iran. Just then, the age of marriage was lowered to 9; the weight of a woman’s testimony in a criminal trial was halved against a man’s; divorce, abortion, inheritance and custody rights were slashed; several academic fields and careers were banned to women; and the Islamic dress code was reinstituted. Public spaces in Tehran, including buses, were segregated by gender, and the faithful’s fists pumped into the air, punctuating Friday prayers with “death to America” chants.
Posted by Edstock at 13:36 Recommend this Post

When we permit country's that believe in honor killings, into this country. We put their children under serious risk. They want to fit in with our kids, which gets both mothers and their girls murdered.

The Arab people call us, dirty infidels and western women whores. We don't kill their people for insulting us. However, they murdered people who had nothing to do with that video, what-so-ever. Why do they come to our country, and live among we dirty infidels and whores. I don't get it?

Afghanistan is beheading children as a punishment. Their Taliban get in with our soldiers and murder them. As soon as all troops are gone. They will revert right back to, fighting and murdering each other. It's tribe against tribe, Muslim against Muslim.

In Pakistan, the criminal that shot that young girl, will never be punished. Pakistan harbored Bin Laden. The Taliban train in Pakistan. They move to our country too.

In Toronto, the Iranian people, couldn't even reason. Canada is a country, with many different races and religions. It's impossible to stop all people, from doing stupid things. What were we to do? Kill everyone to make sure we got the idiot who made the stupid video, or what?

No wonder they laugh at us. We are stupid enough to permit those people into our country. I see no honor, in honor killings. I saw no honor, in the Air India bombing.

We are sick to death, with their violence and intolerance towards others. We don't want them living among us anymore. Their terrorists live in this country. They are barbarians, with no respect for human lives, what-so-ever.

All of those people should be expelled from our country. Get our people the hell out of their country's. AND,KEEP THEM OUT.