The perspective of stuff . . . 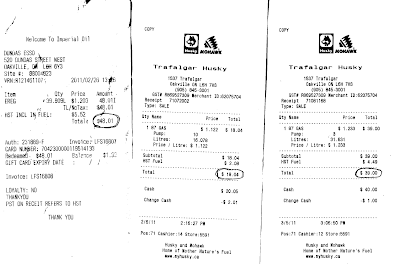 PEOPLE WHO MAKE HISTORY do so by living, and to do that, they need stuff. What that stuff is, who has it and how much of it they have, can tell historians a lot about the process of change over time.

Fernand Braudel was one of the first to appreciate the importance of the apparently inconsequential components = stuff = of everyday life, in his seminal tome, "Capitalism and Material Life, 1400–1800", a broad-scale history of the preindustrial modern world.

The Boston Globe has a fascinating account of progress in the examination of all these lists of stuff, by Gal Beckerman, "Empty trash. Buy milk. Forge history."

What has emerged so far is not just a glimpse of German life over three centuries, but also confirmation of a theory of Europe’s economic development. The team has already gone through 28,000 handwritten folios, representing 460,000 separate items of property and their monetary values, and by providing this sort of granular detail into what people owned from 1600 to 1900, Ogilvie has been able to track the beginning of consumerism. When did women start buying butter and beer at the market, instead of churning or brewing at home? When does the first nutmeg grater or coffee cup appear, indicating the arrival of exotic goods? Or for that matter, when do villagers start wearing an imported cotton fabric like calico? These small indicators lend support to a new understanding of the period before the Industrial Revolution, when historians like Ogilvie posit that there was an “Industrious Revolution,” increased consumption of luxury items that led to a desire for more income, changing people’s working habits and spurring the creation of faster, more efficient production models.

Hey Ed
I don't know whether it is important or not but the full number of the card used to pay for the fuel in receipt #1 is visible.

Thanks harebell, fortunately, it was one of those "gift" pre-paid VISA cards, now consumed. As Fernand would say, that's capitalism and material life in the new millenium.