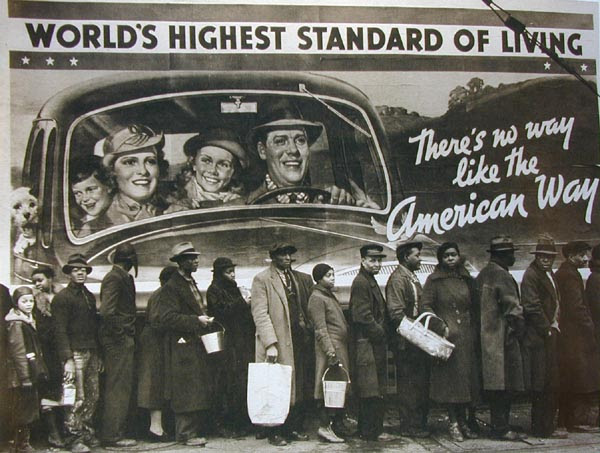 MIT TECHNOLOGY REVIEW has an article by Aviva Hope Rutkin that you should read and ponder. “Report Suggests Nearly Half of U.S. Jobs Are Vulnerable to Computerization”. 45% is the estimated job loss over the next 20 years.

The authors believe this takeover will happen in two stages. First, computers will start replacing people in especially vulnerable fields like transportation/logistics, production labor, and administrative support. Jobs in services, sales, and construction may also be lost in this first stage.

20 years? Hell, I might even still be alive. As this develops, Conservatives who go berserk at the idea of Food Stamps might want to get therapy. As well, “Liberals”, to use the US term, might want the same. Regardless of where you are on the political spectrum, this is scary: even the crappy jobs will be disappearing as technology develops.

Even if it's only the loss of 25%, not 45% of US jobs, there are going to be a lot of people who are under 40 when this happens who can't work if jobs don't exist, crappy or not, and if they don't starve to death, can expect to live another 30-40 years. Then there's the teenagers and twenty-somethings trying to enter the working world. And if all there is for them are crappy jobs, what will that do for future families?
Wherever he is, Karl Marx is probably laughing hysterically. How will Capitalism cope? As the robotics take over the work force, maybe we might just see a resurgence of “hand-made” items as the items of value.
Posted by Edstock at 17:09 Recommend this Post

It always gets me that in the face of all this (and existing high unemployment), governments are busily making it harder to retire and freaking out about the aging workforce. Like, Oh No! If we let the elderly retire, young people might be able to find jobs, and then they'd insist on being paid, and the sky would fall!!!

The real problem with automation of the workforce is finding a means of capital distribution that supports social cohesion. The alternatives seems to be chaos or feudalism. There is some interesting work being done on this question.