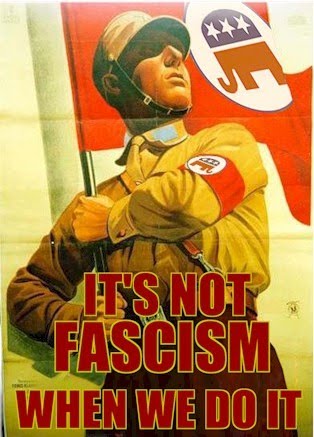 Martin Niemoller's famous warning:
*Charlie is one of my favorite SF writers; I recommend his oeuvre "The Atrocity Archives", the first in his delightful "Laundry" series. Set in a parallel universe, an Earth identical to ours, with one difference: in the early 30's, Alan Turing discovers that certain mathematical processes produce "magic". Problem is, this "magic" is brain-eating dangerous.
Posted by Edstock at 10:39 Recommend this Post

Well, the West is considered fascist and wears that badge of, hate and racism very, very handily. Neither the US nor Canada, have any honor, decency, ethics nor morals, what-so-ever. The idea that the U.S. and Canada are democracy's, is laughable.

Police of the U.S. and Canada are deplorable and a disgrace to their uniforms. They should change their shirt colors to Brown.

What are American Police doing operating in Canada, exempt from Canadian Laws? Not that Canada has any Laws, that can't be broken by our government.