Veterans are outraged. Now they need to do what they once did best. Lead. Part 3. 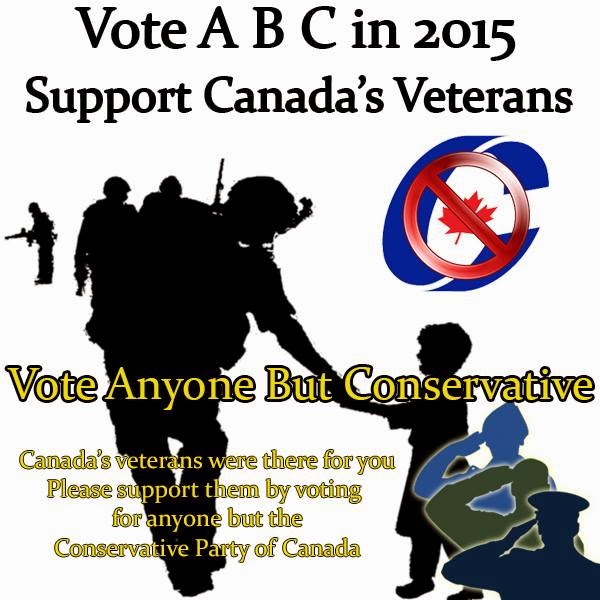 Unification, led by Paul Helleyer in 1968 and permitted by Lester Pearson, was a wound most veterans still bear. Initially intended as a modernization to bring three separate services under one joint operational roof, it steam-rolled well beyond the original plan to create a single service which was purportecly able to share resources and personnel across the the three combat elements. It was to become a dumb idea championed by a self-aggrandizing fool who today sees aliens in his cereal bowl. But the damage to morale, traditions and the ethos of the services was extensive. So extensive, in fact, that when veterans look back at the past several decades they are unable to connect the last major re-equipping of the armed forces with the prime minister that actually did it: Pierre Trudeau. And they are just as blinded to the fact that Brian Mulroney, despite all the typical conservative rhetoric, sold off critical combat capability during his tenure.

Let's end the history lesson there and get to the point of this whole discussion. Veterans are now the recipients of some of the shabbiest treatment ever at the hands of the federal government and the fault lays, not just with Julian Fantino, but with Harper himself.

Harper, always prepared to pump Canadian military history for the lazy patriotic vote it garners, is a tribalist, self-centered, sociopath. Fantino was his perfect hatchet-man. But make no mistake about it, what is being done to veterans now is very much calculated by Harper and the elitists who surround him.

Of the roughly 1.1 million Canadians and Newfoundlanders who served in the 2nd World War, less than 90,000 are alive today. At an average age of 90, those veterans are dying in the hundreds per month. Korea veterans, a much smaller group, have all but vanished. No veteran of the 1914 - 1918 Great War survives. In short, the corps of veterans from the declared wars and Korea is shrinking rapidly.Veterans from the Cold War era, Gulf War 1, peacekeeping and Afghanistan do not constitute the same numbers as the large group that returned from the world wars and, (get ready for this), the Harperites don't really consider them veterans in the same light anyway. Those veterans do not meet the Conservative fetish of military glory associated with the big total wars. If you don't believe me, replay some of Fatino's interviews where he tries to minimize the standing of today's veterans by elevating the risk and contribution of municipal police, himself included. He's trying, along with Harper, to make national service, with a full combat liability, no more than police work.

And we all know, for a multitude of reasons, it is not, and never will be, the same thing. Julian Fantino never once deployed for the better part of a year to any one of the world's shit-holes. Ever. We did it with all too familiar regularity.

So, here's the thing, (and you need to absorb this one fully). What Harper is doing to veterans is NOT singularly unique. What he is doing to you, he is doing to everyone. He has shattered the Canadian public service. He is destroying labour law in this country. His myopic focus on creating a petro-state (in Alberta) has promoted accelerated rust-out in the Canadian manufacturing sector. Essential middle-income jobs are being destroyed in the most populated areas of the country in favour of corporate wealth generation from wanton resource extraction. You are just another domino to fall in a long line of tiles. Complaining loudly will do one thing: he'll do what he can to silence you faster.

Veterans are in a decidedly exceptional position, should they (we) choose to exploit it. We have always been there for Canadians and we have nothing to hide. And Canadians in general appreciate that we have honestly done our duty on behalf of this country in the best interest of our country.

Do what you have always done best. Lead, and accept nothing short of a fully completed mission.

A majority of Canadians sympathize with veterans. They do not accept the mistreatment and the abuse at the hands of a sociopath. They are watching you. They want to see what you are going to do.

There is a strong belief that if your loud protestations garner some kind of pay off, that you'll take it and resume your seat at the camp table. That would leave the hundreds of thousands of Canadians who have had their lives and dreams crushed by Harper's policies sorely disappointed. And you will have lost them forever.

Do the right thing. Get out front. If you never want another Fantino, you have to gather your forces, muster your strength, fight off the fear and get rid of the whole force from which the Fatinos originate.

You need to suck it up and realize that you are only one segment of the population which has been kicked in the genitals. You need to organize and slam Harper hard. So hard that he is totally and completely de-stooled.

If you do not do this, Harper will be back, even if he pays you off this time, and he will do untold amounts of damage. Your meager pension will not withstand the financial assault he will carry out on you if he is returned to government. Do you like your health care plan? He'll kill it. Do you expect to get Old Age Security? It will be gone. Don't believe me? Ask a 55 year old when they get to access their Canada Pension Plan? No one figured on that one but Harper ripped it away from them.

It is time that you considered all of those Canadians you never saw when you were in Bosnia, the Persian Gulf, Afghanistan, the Golan Heights, Cyprus, Haiti, Cambodia, Viet Nam and any number of places where bullets flew until we took the lead and realized that they want you to get out front, look them in the eyes and say, follow me.

You don't have a lot of time. If you think Harper is going to wait until the fall of 2015 to go to the electorate, you're not paying attention. He is under so much pressure that he could trigger an election at any moment. Never mind the "fixed election date". He's already broken that law once before. All the signs are there and if you're not ready, he'll trample you.

You need to look at the door to your front and realize that it could open at any moment and expose you to a hail of hostile fire. So, get organized and lead. Make your issue big and make it a part of the bigger issue. Harper is not and never will be your friend. He lives in a world where hatred and ignorance are political weapons. You can defeat him and deny him his weapons. Quit worrying about who replaces him. We've all been in situations in far flung places where victory meant we got rid of the nasty prick in the chair without knowing what came afterwards.

You've done it before.

Do it now. Lead.
Posted by Dave at 23:31 Recommend this Post

Hi, Dave. How do you mobilize, organize our veterans effectively?

I wouldn't count on the Legion and I haven't seen much beyond raw opportunism coming from the opposition parties.

I don't see many field rank veterans coming to the rescue either.

It's already actually started and is being led by a retired infantry MWO. I think there are enough people to lead the charge. What I'm saying is that they have to become a part of the larger movement and coordinate with other groups who are NOT veterans.

The Legion is a waste. No longer a serious organization and no longer run by veterans.

There are some field rank vets who would gladly tear Harper's head off.

"There are some field rank vets who would gladly tear Harper's head off."

Can I buy a ticket? I'll bring the pike.

I didn't renew my Legion membership this year. They lost me a long time ago and I was hoping for change, but nope. I'm truly thinking of running as an independent against my MP.

I let my Legion membership go a long time ago. Just nothing there.

Dana, bring your stick and we'll get Pat Stogran in the same room with Harper.

I would really like to watch what would happen if Harper had to face Strogan.

I suspect he'd try to prorogue the event.

Dave, I would like to think that veterans understand they're acting, not just for their group, but for the country and all Canadians in standing up to this abuse.

As you may be aware, my late Dad was a horribly wounded WWII infantry lieutenant. He and his family went through a lot until his death but he was never treated as shabbily as today's vets are, not remotely.

How we treat our vets is a stark reflection of what we are as a nation. It's a shared fight.

Exactly, Mound. The most effective thing the various veteran's groups can do is join forces with other groups who have taken a pounding.

"The war chest has been hauled up from the basement, ready to be used to help defeat the federal Conservative government, say local war veterans.

“The plan is to build a war chest so we can have money to do the things we need to do to make sure this government falls,”