So today I found myself at the University of Alberta in the queue-ish gaggle to see Stephane Dion talk (more on my impressions later), when I notice green leaflets being passed around. Being green in colour, I thought they might have something to do with the Green Shift promo booklets also going around. Ahh, not the case was this: 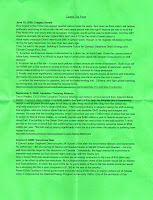 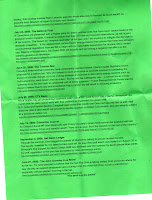 In case you have trouble reading it, it is a anonymous selection of media excerpts critical of the Green Shift. The person distributing these things claimed to be acting as a independent and unaffiliated individual until - heh heh - they made the error of referring to themselves as a "we"...

Now I can't conclusively prove that this actually came from the campus Conservative group or something similar, but the nature of the sources and comments on the leaflet are highly suspect and don't seem in line with other party platforms. Nor am I aware of other parties attempting to subvert Liberal functions.

Must they lie about everything?


[I'll post a bit on my impressions of Dion later tonight or tomorrow]
Posted by Boris at 16:03 Recommend this Post